"POWER IS OUT AGAIN!" Stories

This page contains short stories about the impact of more than 10 years of repeated power outages in a phase of the Boulder Pointe development in Eden Prairie, MN:

Steve Borsch: The morning of September 4th, 2005 I awoke to one effect of a power outage that resulted in approximately $6,000 of new drain tile, a ripped up basement and hours of effort. Here's the text of a blog post I did that morning:

Woke this morning at 2am as the power went out due to a horrific thunderstorm. I haven't seen it rain this hard for many, many years.

Since the power was out and I didn't want to open the fridge on the main level to grab a soda, I headed downstairs to get one. Peeked at the sump pump to see if it was overflowing, but all was well so I proceeded upstairs to continue reading the Sunday paper. About an hour later I went back down to get another soda and stepped in half an inch of water!

I immediately proceeded to get the kids to help (my bride is out of the country) and we have been scrambling to get the basement taken care of for six hours so far (and we're roughly halfway done). What a drag for them on the last big weekend before school starts. Also, we were a heartbeat away last summer on finishing our basement...thank God we didn't do it as the expense (and mess) would've been incredible. We can now make investments to ensure this never happens again (new drain tile, battery backup on sump pump, etc.). 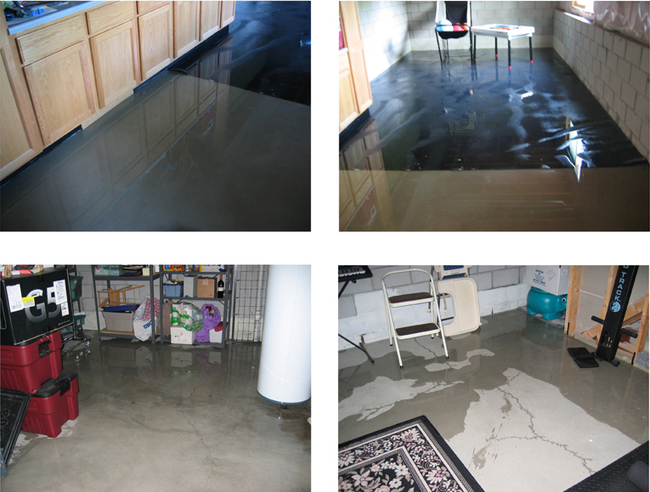 In addition to the investment outlined above, we've thrown out hundreds of dollars of food (the latest August, 2007 outage found us throwing approximately $240 worth of it) as well as the not-calculated impact of repeated downtime for someone who has home officed for 12 of the last 14 years.

Velma Lashbrook: We simply have too many outages that last too long. The cost in terms of inconvenience, inability to use computers, and loss of food are significant. During the last prolonged outage, I was completing a research project for a client and teaching a class for the University of Phoenix Online. Not being able to access my computer was a very serious problem, causing me to miss the deadline for my client and having to go elsewhere to do my class without access to any of my files. For those of us who work at home, this is a major disruption in our ability to work.

Paul Allen: I had a guy here today (Note: on Tuesday, August 14, 2007, shortly after power was restored from the most recent outage. SB)  quoting a permanent generator install (been 14 years of constant outages). Don’t think this will be necessary if they (Xcel) can get us off the antiquated grid with the above ground setup located in the older development behind our house and on to the original Boulder Pointe underground lines. 9 out of 10 times we are dark and the other grid is live.

Jeff Simon: Since my business is Internet based, I am unable to do my job during a power outage. And since I am often working on weekends and all hours of the night, the timing of the outage does not necessarily lessen the impact (for example, the recent 36 hour outage was mostly over a weekend, but it still had an adverse impact on me).

With the long power outage, we had a lot of food go bad, as I am sure others have had. Didn't put a price tag on it, but it does add up.

During the power outage, since our garage doors and security system was out, that could have had an adverse impact, which thank God it did not. But recent garage thefts in our immediate neighborhood means that it is not an unforseeable consequence*.

(*Steve Borsch note: one consequence to power outages is that once the power comes back online, there is frequently a surge which twice has caused my garage door to spontaneously open which, much to our dismay, we discovered the next morning. Other neighbors have had this same negative experience).