Ole P. Wolla (born March 4, 1876, died September 29, 1948) came to Minnesota in 1887 with his parents, Peder and Mathea Wolla, from Stange Station, near Hamar, Norway, where Peder had been a baker. At fifteen, Ole began to learn the blacksmithing trade in Benson, Minnesota. At 22 he married Laura Steen (19) who had come to Swift Falls, Minnesota, from Trondheim, Norway with her parents John L. and Olena Steen. Laura was born September 17, 1879 and died January 5, 1960.

Ole and Laura moved to Tioga, North Dakota in 1903 to file their claim in West Bank. They stayed there fourteen months and then went back to Benson to sell his blacksmith shop. In 1910 they returned to Tioga and he started a blacksmith shop and also farmed his land. At first they lived in a big yellow house south of the business district. About 1912 they bought the big house on Welo Street where they lived the rest of their lives. They celebrated their Golden Wedding Anniversary in July 1948. Ole and the boys farmed the homestead quarter and 80 acres they bought from Herfindahls until later years when they rented the land out. 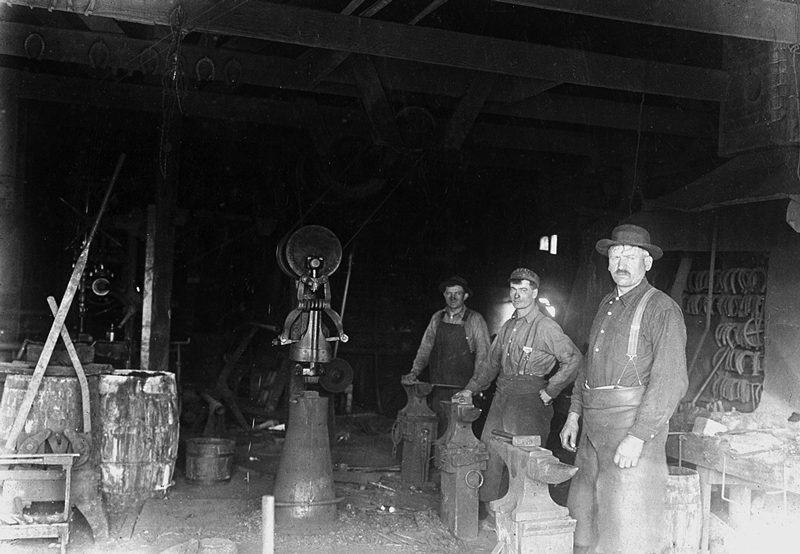 In about 1914 Mrs. Wolla’s father, John L. Steen, who had been a miller in Swift Falls came here to live with the family. He worked on the section crew for the railroad. Each year he had a huge garden and cured hams and bacon for many people in the community. He lived to be 97.

Mother mentioned how fearful they were of prairie fires, cyclones, and blizzards while they were living on the claim. They ate lots of jackrabbits. Mother said she got to the point where she would still cook them for Dad but she just couldn’t swallow a bite of rabbit herself.

The folks had two horses, Mark and Daisy, until 1916 when Dad bought a Studebaker. He also had a Model T touring car before this which the boys used to go out to the farm. The Studebaker was equipped with two seats which could be pulled up out of the floor between the back and front seats. We kids used to argue about who would get to ride on the jump seats so, of course, we had to take turns. When Myrtle started teaching, Marty gave her his Model T coupe. She remembers his instructions, “If you can’t remember which is the brake pedal, it doesn’t matter. Just step on something, cause both pedals will stop the car!’’.

When we moved to town we got electricity from the City Power plant which was run by Mr. Brandon. Power was only on Monday and Tuesday all day, otherwise from dark until midnight. So we had to wash clothes with our electric washing machine on Monday and iron on Tuesday.

We got through the “thirties” fairly well with Dad being paid by the farmers with eggs, pork, and beef. Mother was a good seamstress, she made new outfits for us for Christmas and Easter, and sometimes for the 4th of July, which was a much more meaningful day to us than it seems to be to some people now. When we went to Minot to visit Ed and Olaug on the 4th of July or some Sunday in summer, we had to get up at least by 4 A.M. and would start home by 4 P.M. so we could be almost home before dark, because Dad hated to meet cars later as the headlights always seemed to blind him.

Our first radio, purchased in 1924, had loud speakers and reception was good especially in cold winter months. Some of our favorite programs were Amos and Andy, Walter Winchill’s News, Lux Radio Theater, Ma Perkins, WLS Barn Dance with Lulubelle and Scotty, Fibber McGee and Molly, the Green Hornet, The Shadow, and Jack Armstrong. Reading was a favorite pastime in our family. Dad and mother each subscribed to several papers and magazines and some for us children, too. We all read the Bible and Hurlbut’s Stories of the Bible. 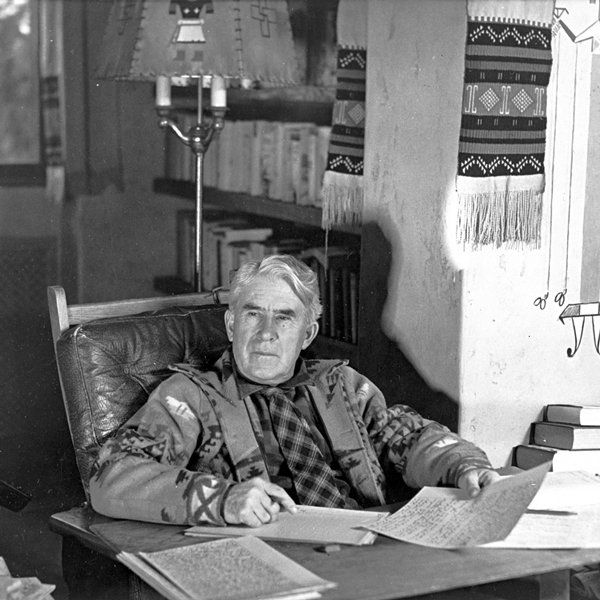 Pearl Zane Grey (January 31, 1872 – October 23, 1939) was an American author and dentist best known for his popular adventure novels and stories associated with the Western genre in literature and the arts — from Wikipedia

Dad and Grandpa had all of Zane Grey’s books. We received many books as gifts and we also checked books out of the school library and from the library in the Dixon Lumber Co. We attended movies at the Bijou Theater where there was a musician who played the piano during the silent movies.

Dad’s favorite hobby was bird hunting. Ducks were plentiful at Lone Tree Lake and he almost always came home with his limit. He also got prairie chickens and we would spend lots of Sunday evenings in the wash.house trying to help pick the ducks Dad shot, so we could save the feathers for pillows which Mother made. In the winter we went sliding or skiing on Chrislock’s hill or in the gravel pit north of Jones’. We built forts, dug caves in the deep snow drifts, had snow ball fights, playing outside even when it was below zero with all of us covered except narrow slits for our eyes.

In summer there were ball games and games like One O Cat; Run, Sheep, Run; Red Light; and many others. We used to go down to the depot to watch the trains come in, and watch the men unload the freight and mail. Then we would stop at the post office and wait and visit while the mail was being distributed to the boxes so we could bring it home. In spring we children would watch the budding plants so we could be the first to bring home a crocus, bluebell, or buttercup. In summertime we’d pick rag-babies and wild roses.

Our family was very active in Zion Lutheran Church. At one time all the money for the church was taken care of by someone in our family. Dad was church treasurer, Mother Ladies Aid treasurer (for 25 years) one of us girls was treasurer for Luther League, Sunday School, and the children?s sewing society called the Busy Bees. We all sang in the choir, took part in programs, and helped with church dinners. Remember the ice cream socials, too?

There were eight Wolla children: