My wife, Michelle Lamb-Borsch, had an uncle who was a movie actor in the 1940s, later on a TV and commercial actor, and a guy who even my own parents knew as a fun character actor. This site is a compilation of which I've found on the internet over time about Gil Lamb.

Read more below about Gil and then use the menu at the top to view other memorabilia about him. 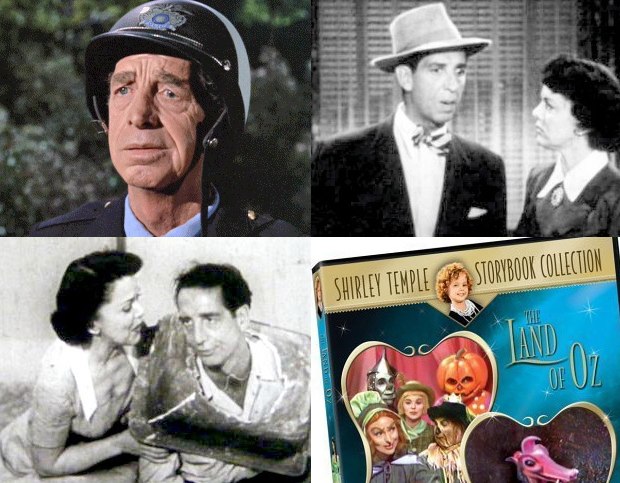 Clockwise l-r: As ‘policeman in park’ from the Love Bug; unknown; from “Pardon my Wrench”; as the Tin Man in The Shirley Temple TV Show’s rendition of Wonderful Land of Oz.

About Gil Lamb, by Hal Erickson 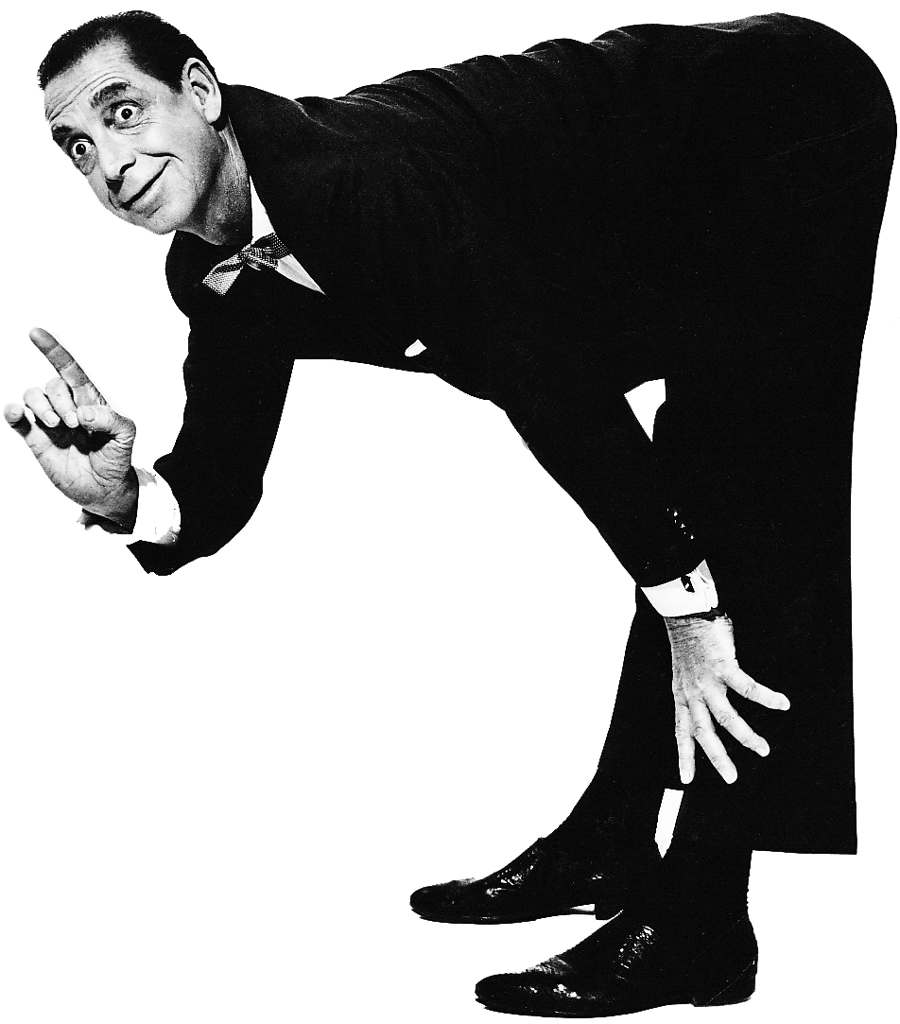 While the phrase "rubber-limbed" may be overused in describing pencil-thin entertainer Gil Lamb, it's the only adjective that truly fits. Lamb gained fame in vaudeville and on Broadway in the 1930s as an eccentric dancer; he was also blessed with an astonishingly mobile face, which lent utter credibility to his most famous routine, wherein he pretended to swallow a harmonica.

From 1942 through 1945, Lamb flourished as a contract player at Paramount Pictures, appearing as a supporting actor and specialty performer in such musicals as The Fleet's In (1942) and Rainbow Island (1946). In Monogram's Joe Palooka "B" series, Lamb was cast as Joe's sparring partner Humphrey Pennyworth, an incongruous piece of casting when one considers that comic-strip artist Ham Fisher originally conceived Humphrey as a bulging blimp of a man.

From 1949 through 1952, Lamb starred in a series of slickly produced 2-reel comedies at RKO Radio. He then returned to the stage, making sporadic unbilled movie cameo appearances into the 1960s (a partygoer in Breakfast at Tiffany's a drunk in Good Neighbor Sam etc.), most often in the Disney Studios output.

On television, Gil Lamb hosted the DuMont Network's 1949 variety series Window to the World, was a semi-regular on the 1967 sitcom Pistols and Petticoats, and was spotlighted in dozens of commercials.

Lean and lanky Gil Lamb should have been a professional contortionist. Every part of him seemed to be elastic. He could bend at the hip and jackknife to the floor, his head almost touching the ground, face turned sideways. That face was also peculiarly long and lugubrious. His 'fish-eyed' double-take became one of his trademarks. Even his neck and Adam's apple lent themselves to a comedy routine in which he pretended to have swallowed a harmonica.

An eccentric dancer and funny man, Gil came from a vaudeville background. He got his entry visa to films via a stint as a character named Homer Clinker opposite Verna Felton in a slapstick radio segment of the "Rudy Vallee Show" in 1942. He was then signed by Paramount and enlivened several musicals of the 1940's as perennial comic relief and specialty dancer. Best of these were The Fleet's In (1942) and Star Spangled Rhythm (1942). One of Gil's most typical screen incarnations was that of the comic sailor, as in the Technicolor romp Rainbow Island (1944), starring (predictably) a sarong-clad Dorothy Lamour.

Between 1949 and 1953, Gil starred in his own series of eight two-reel comedies for RKO, which were directed by Hal Yates. In these, he invariably played an accident-prone goofball named Slim, who leaves disaster in his wake. This was true slapstick in the old style, but very well made. In the 1950's, Gil entered the world of television, often in supporting roles or cameos as drunks, party guests or janitors, allowing him to brush up some of his old routines for episodes of popular shows like Pistols 'n' Petticoats (1966) and The Ghost & Mrs. Muir (1968). He was an 1890's policeman in "Once Upon a Time", a curious slapstick entry into the The Twilight Zone (1959), starring Buster Keaton.

On stage, Gil played Ichabod Crane in a 1949 Broadway run of "Sleepy Hollow", alas, rather short-lived. However, that same year Disney animators used his looks and movement as inspiration for Ichabod in The Adventures of Ichabod and Mr. Toad (1949).