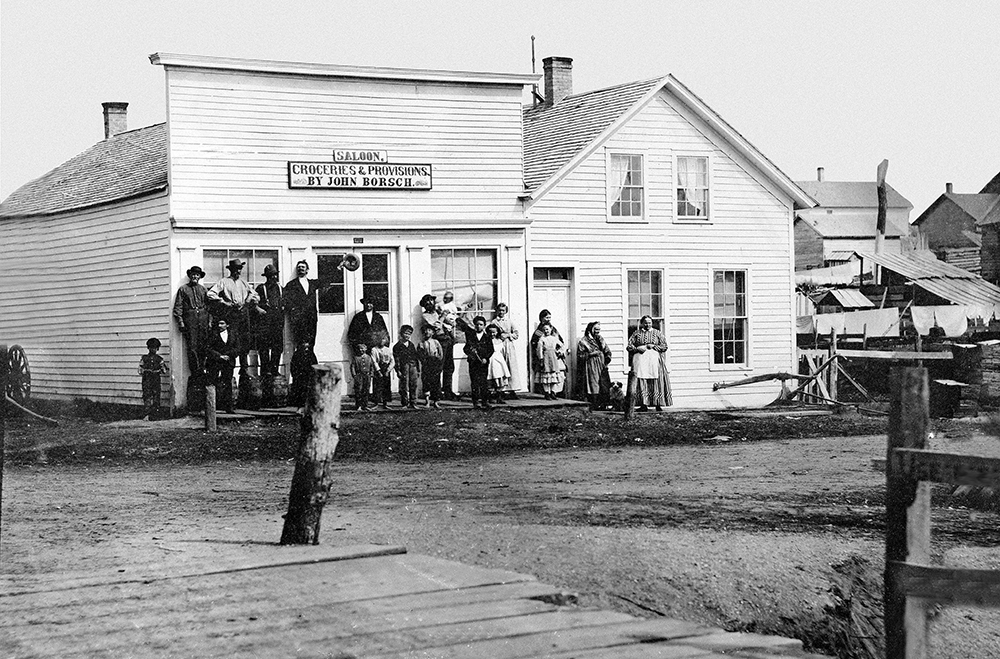 Johann Borsch & his wife Susanna Zapp emigrated to Minnesota from Mehren, Germany in 1854. They settled in Wright County (in an unknown town). He had a grocery store/saloon and this is the only known photograph of the store.

The family believes Johann is the one gesturing with his hat, but of that we are not certain.

Here is a side view of that store before the sign went up: 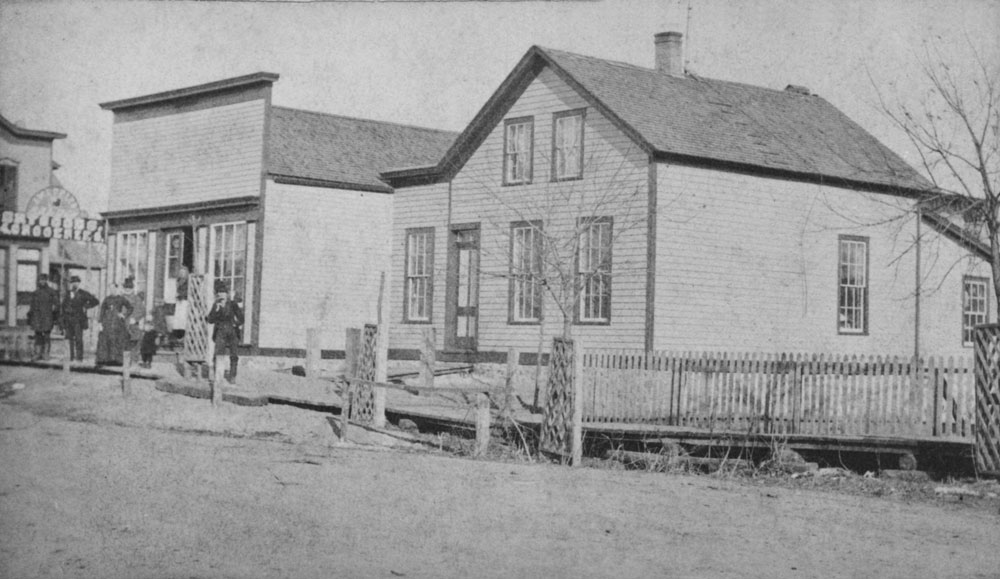 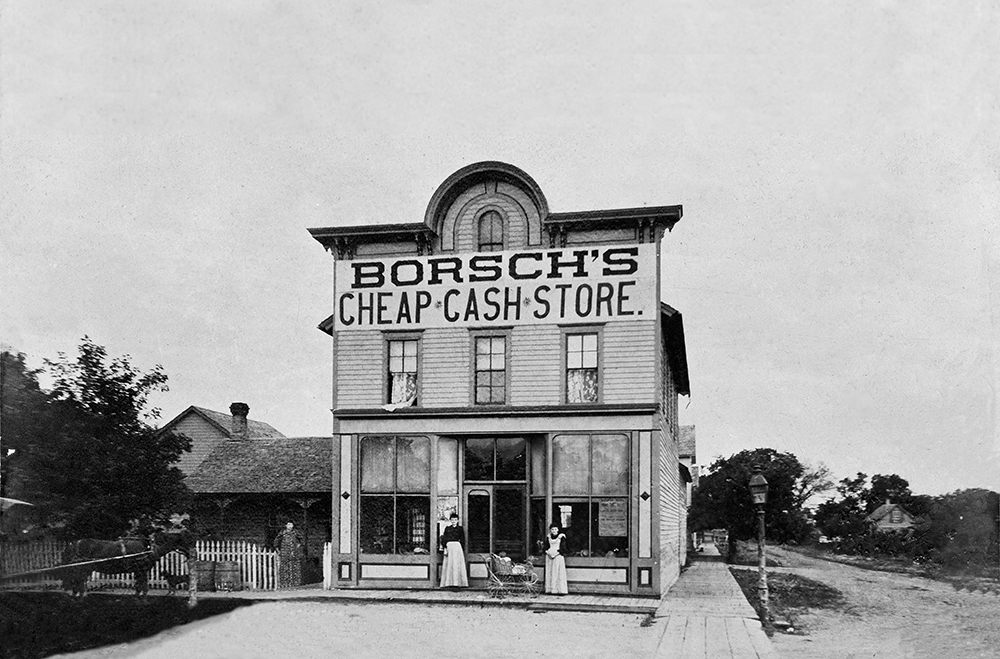 Though what befell Susanna is unknown, Johann Borsch remarried to Marguerite Rausch and she bore my great-great grandfather, John Edward Borsch.

John married Clara Haefer (of the Wright County Haefers) and opened this store in Delano, Minnesota (in an unknown year).

Once the railroad came through Delano in the late 1800s, it effectively “cut off” this store from the core of the village. John sold off the lumber of this store and re-opened a new store on River Street in the heart of town.